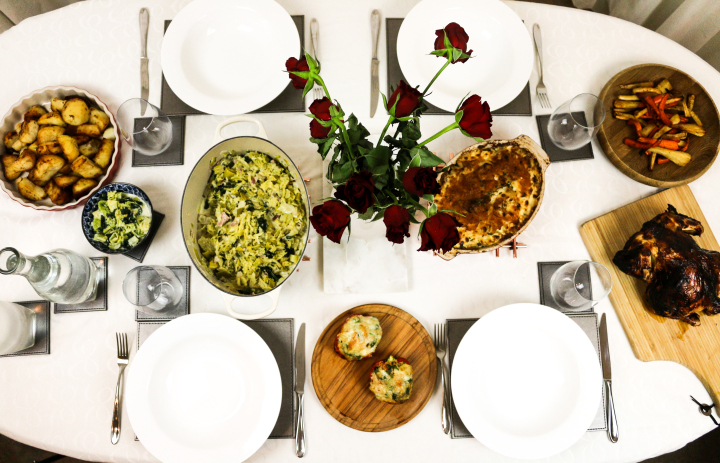 So this doesn’t look like the most attractive cooking method, but honestly its AMAZING! The chicken was so tender and moist with such a crispy skin and the juices made the most incredible gravy. So, on the whole it was probably the most epic Sunday roast I have ever made. Not to mention Joel giving me the best compliment ever, as he went on to mention that the house smelt like his Grandmas used to!!!!

Now everyone knows about the stuffed pepper, and its always a go to for feeding a vegetarian, but if you do the simple things right they can be awesome too. To make the dish more bespoke to your guest, simply ask them these three questions and you have something they actually like with unlimited combinations.

In this instance we went for quinoa, spinach, tomatoes, feta, mozzarella and tomato pasata.